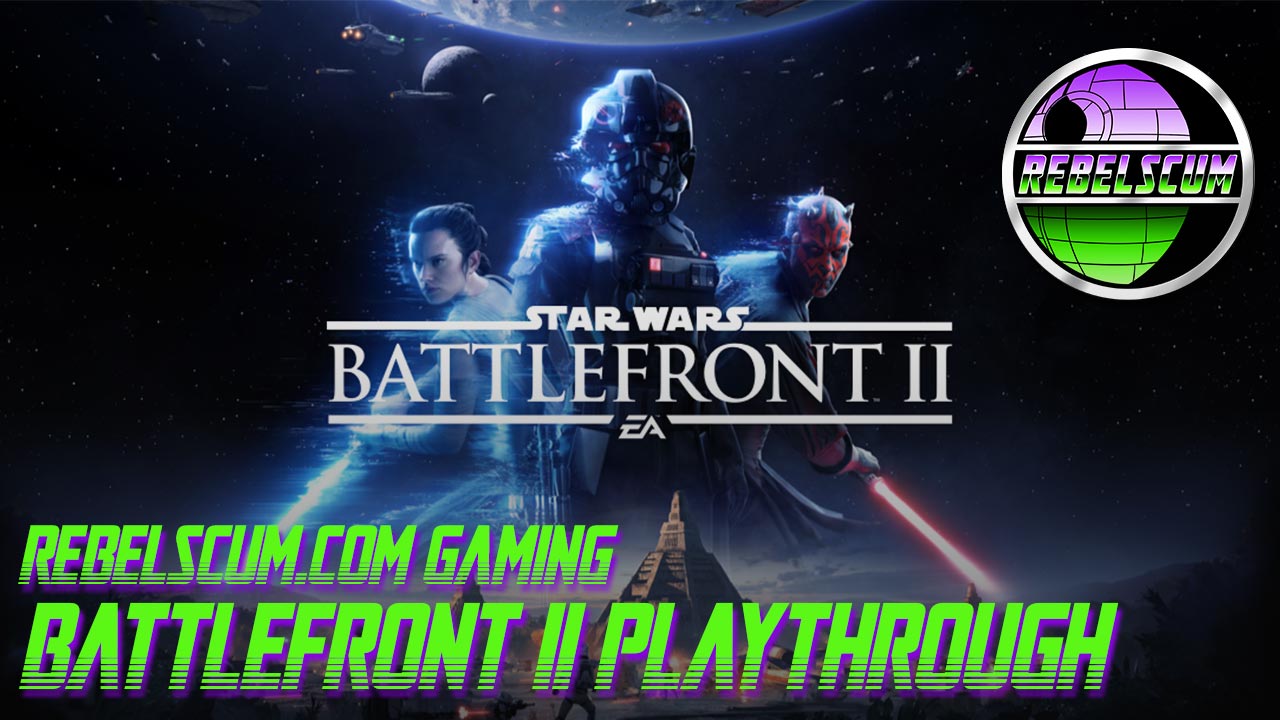 Battlefront II Playthrough
Posted by Joey on April 15, 2022 at 10:12 AM CST
Welcome back, Rebelscum! There have been many installments in the Battlefront franchise since the original by Pandemic Studios debuted in 2004, but none have offered a narrative story based campaign. Battlefront has always focused on action and fast paced missions, but with Battlefront II we finally have a story to play through.

The campaign is set between Return of the Jedi and The Force Awakens, and follows a new character, Iden Versio, the commander of the Imperial Inferno Squad. Throughout the course of the game, Iden Versio defects to the New Republic. The story begins with the Battle of Endor and goes up to the Battle of Jakku. There's also an additional mini campaign that leads up to the events of The Last Jedi.

Bobby plays through the Battlefront II campaign on Xbox. Check out our playlist of playthrough videos originally streamed on Bobby's Twitch channel: https://www.twitch.tv/trypticonus86 Have you played through it before? What was your favorite part? Let us know in the forums!