Character Profile - Bib Fortuna
Posted by Liam on December 17, 2021 at 08:33 AM CST
Hey there, Rebelscum fans! This week on the site, were looking at the history of Jabbas sail barge and the impact that the Hutt flagship had on the Star Wars franchise. To read about all the behind-the-scenes details relating to the barge, make sure to check out our Expand Your Mind article first. Stay tuned throughout the week for more articles, videos, and merchandising insights. 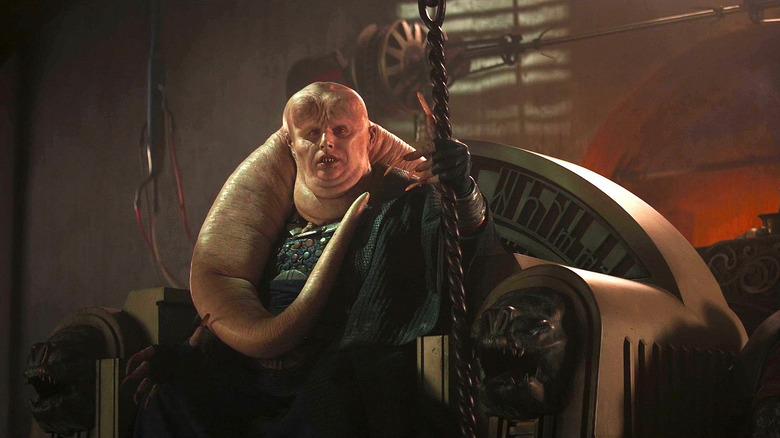 Among the most important figures within Jabbas regime is his right hand man Bib Fortuna, who has certainly been an important figure in recent Star Wars media. Although the Legends timeline had different ideas about Fortunas fate, the Twilek criminal is killed off in the memorable post credit stinger to The Mandalorians second season finale The Rescue. Fortuna had attempted to claim Jabbas entire syndicate for himself, but Boba Fett took him out before claiming the throne for himself. This set up the events of the upcoming The Book of Boba Fett. 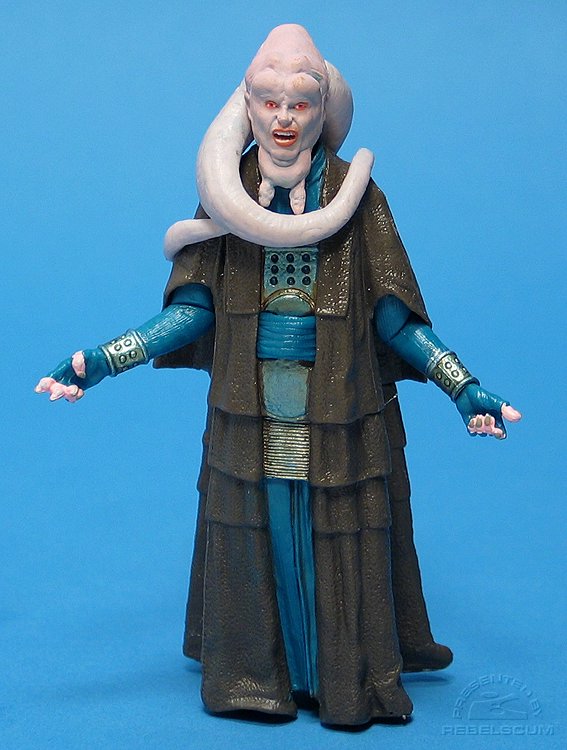 In earlier drafts of Return of the Jedi, Fortuna was intended to be a high baron from Hoth, but the dim-witted character doesnt get too many moments of depth in the film. However, actor Michael Carter has hinted that there is a lot more footage of Fortuna, Salacious Crumb, and the rest of the creatures in Jabbas palace left on the cutting room floor. 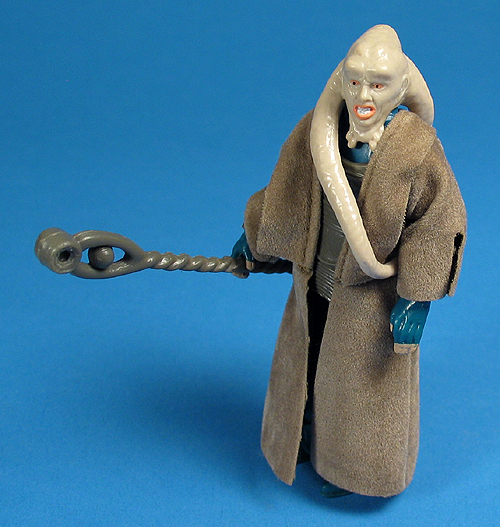 Fortuna may have taken control of Jabbas palace after his death, but it's unlikely he ever had the ambition to take control of the entire Hutt cartel himself. Fortunas unambitious, dull nature made him the perfect barrier for Jabba to introduce new figures into his criminal den. Fortuna has been Jabbas accomplice since prior to the events of The Phantom Menace, as he appears in the novel Darth Plagueis.

Fortuna appears in The Phantom Menace, Matthew Wood stepped into the part for the sequences on Tatooine in which Jabba watches the Boonta Eve Classic. Originally, Fortuna was intended to appear later in the film in the Galactic Senate as Jabbas representative. While Alan Ruscoe was cast, the scenes were cut. 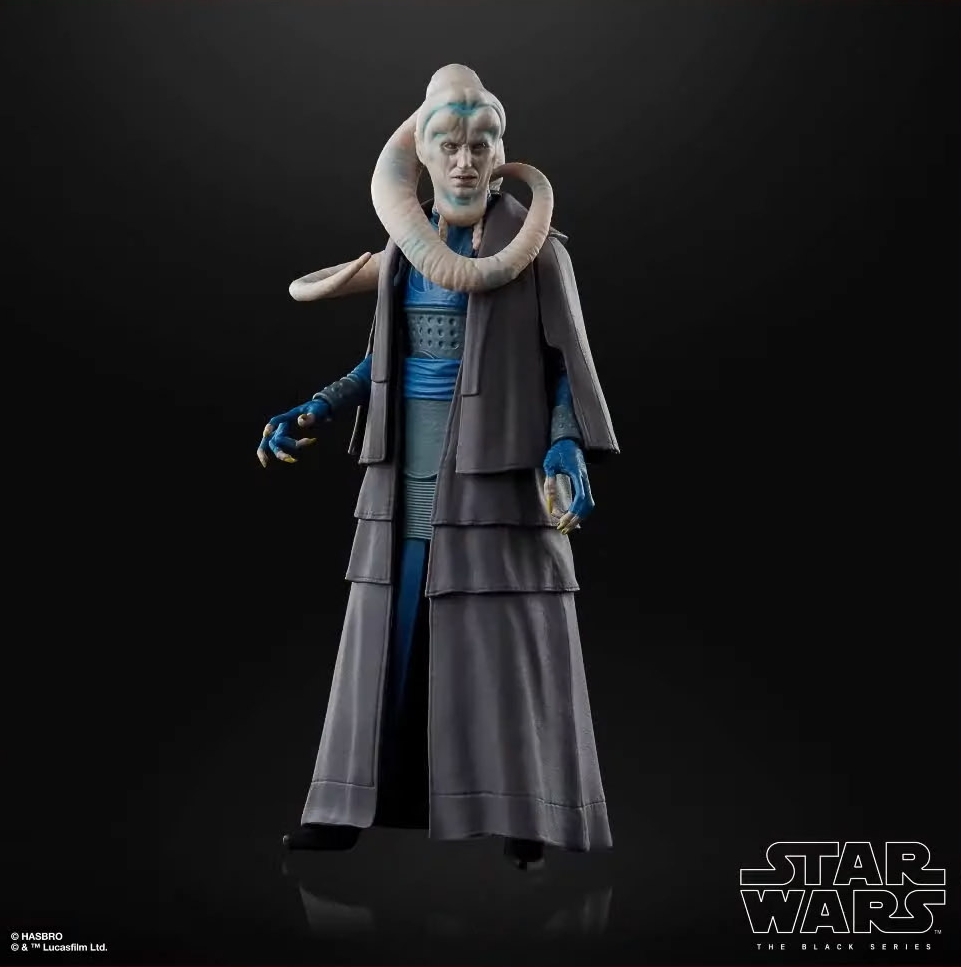 However, Fortuna played an important role in many Expanded Universe projects. Fortuna dictates many of Jabbas operation during Ki-Adi-Mundi and Shared Hetts adventures in the early issues of the Star Wars: Republic comic series from Dark Horse, and he helps introduce the young Boba Fett to Jabba for the first time in the young adult novels Maze of Deception, Hunted, and A New Threat. His critical importance is highlighted in the Shadows of the Empire project. 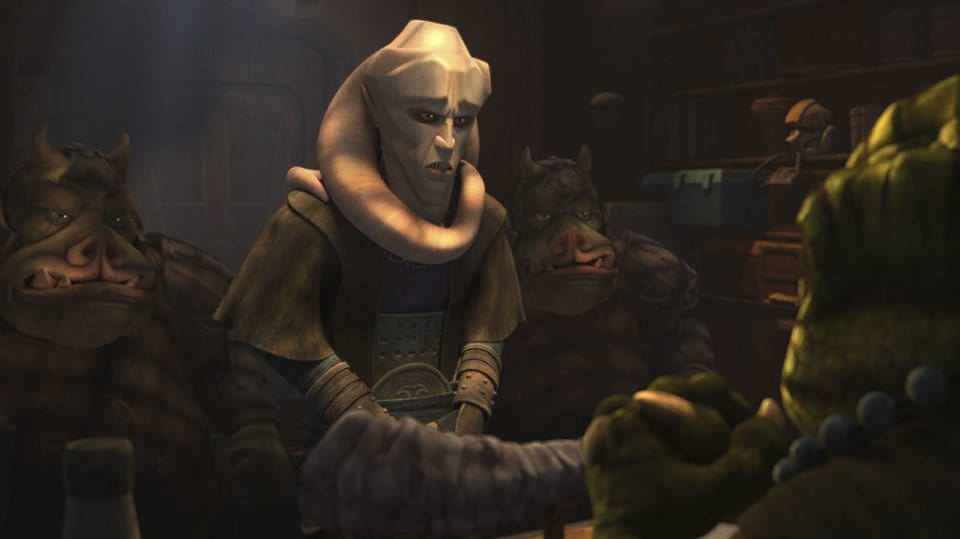 Surprisingly, Fortuna never made an appearance in The Clone Wars, despite the prominence of the Hutt cartel within the series. However, Fortuna made his canon animated debut this year in The Bad Batch episode Rampage as he attempts to acquire Jabbas favorite monster.

What do you think, Rebelscum fans? Do you think The Mandalorian should have killed off Fortuna? What are your favorite Fortuna moments? Let us know in the forums, and as always, may the Force be with you!
SEND