Expand Your Mind - Jabba's Sail Barge
Posted by Liam on December 13, 2021 at 08:48 AM CST
Greetings, Rebelscum fans! Last week we explored the very ending of Return of the Jedi with insights into the Battle of Endor, but this week were looking at the films iconic sail barge sequence in which Jabba the Hutt meets his fate. Today well be examining how the sequence was constructed and its importance within the Star Wars saga, but stay tuned throughout the week for more articles, videos, and merchandising information.

Jabba the Hutt is one of the most fearsome characters within the Star Wars saga, and his cinematic debut in Return of the Jedi was long anticipated. Although the scene in which Han encounters the famous gangster was shot for the original 1977 film, it was not included in the original release, as visual effects were not advanced enough at the time to make him convincing. However, Hans debt to Jabba still hangs over the events of both A New Hope and Return of the Jedi. 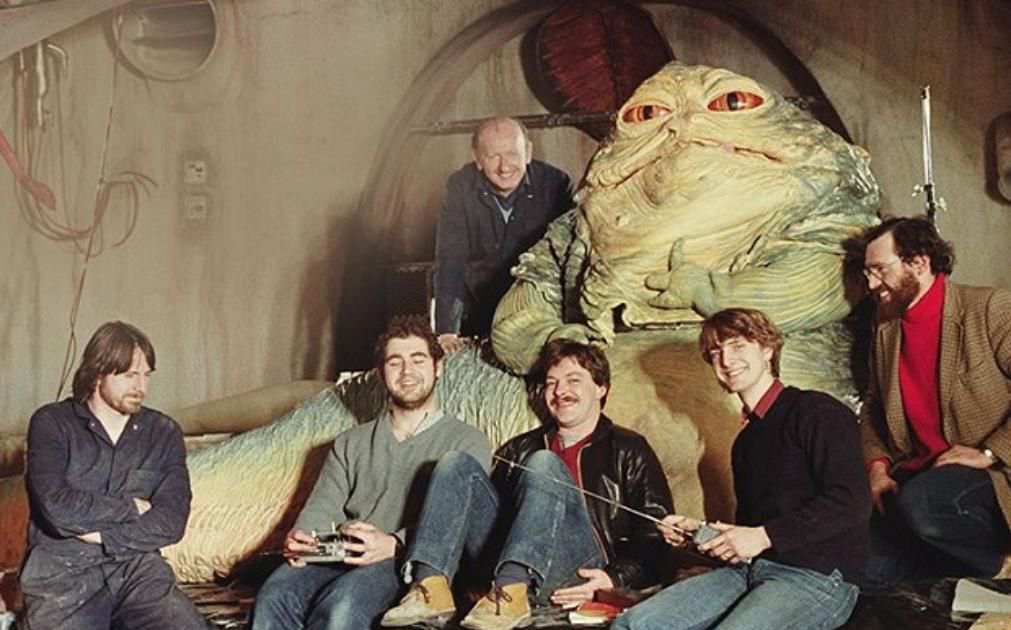 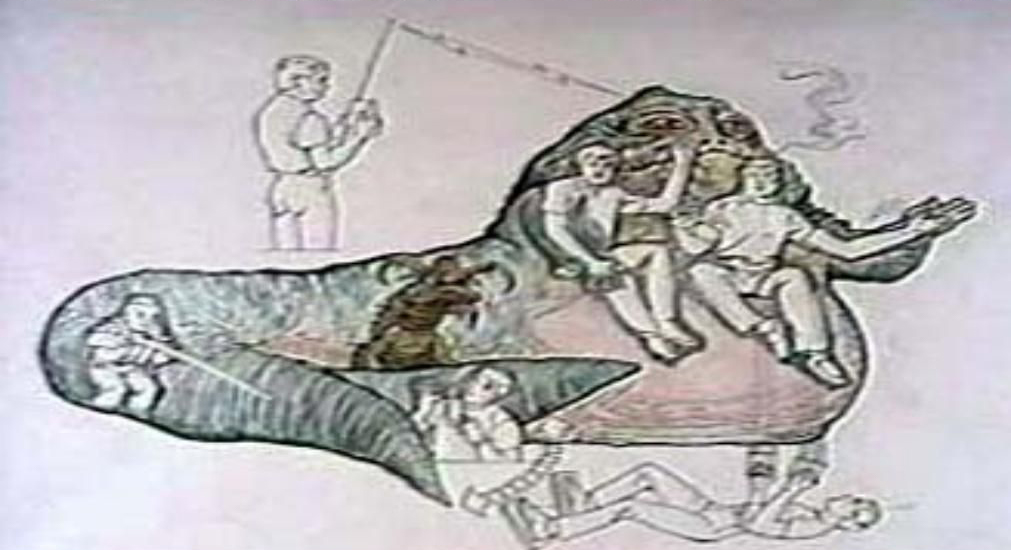 Several puppeteers helped to bring Jabba to life, and Ben Burtt designed a unique Huttese language. Lucas had always been interested in the criminal underbelly of the Star Wars universe, and he designed Jabbas palace off of classic mafia hangouts from classic 1930s gangster movies. It was also a nod to his friend Francis Ford Coppola and his work within The Godfather franchise. 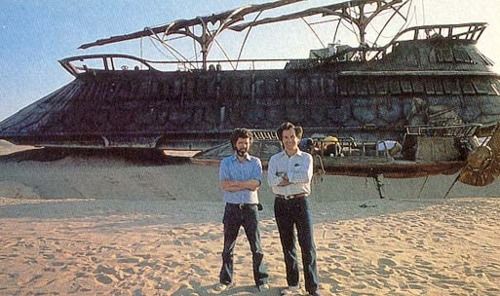 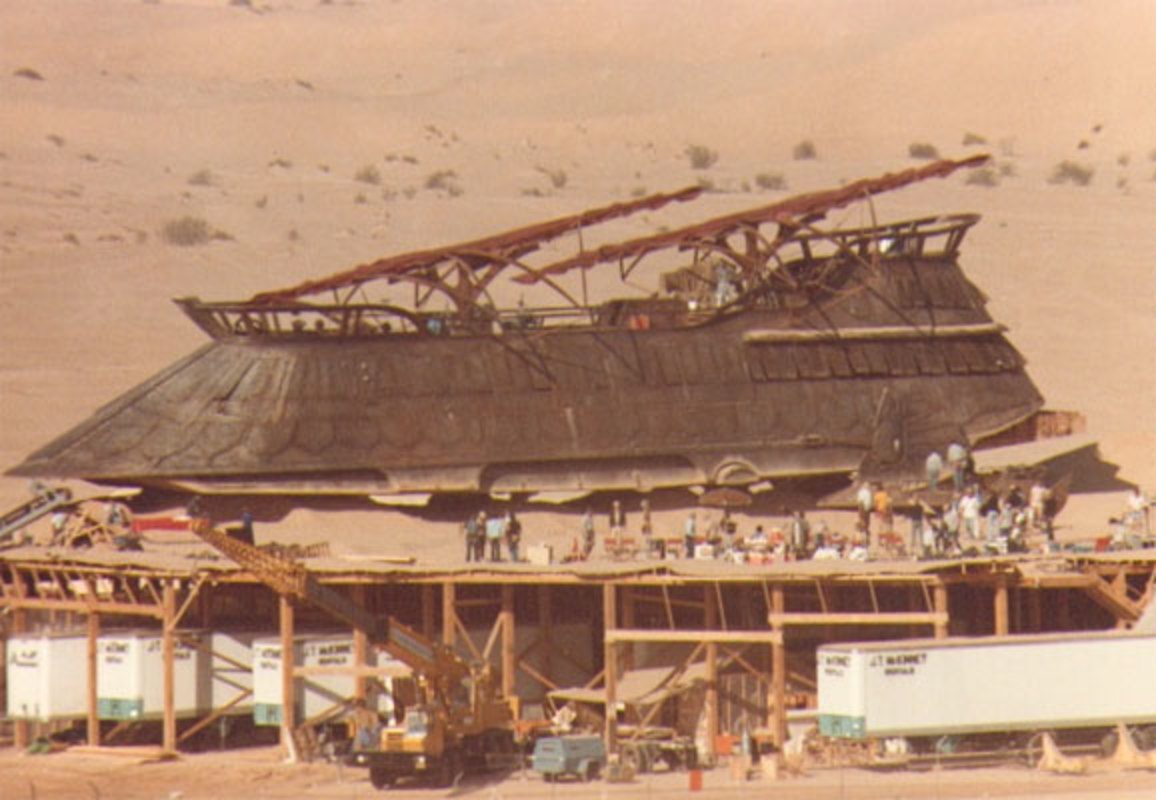 However, the Sail Barge sequence brought to life Jabbas most lavish indulgence. Unlike the original film, which shot its Tatooine sequences in Tunisia, Return of the Jedi was filmed stateside in the Arizona dunes. Art director Joe Johnston helped to craft the Sarlacc Pit as Marquad, Lucas, and the crew choreographed one of the most important sequences in the entire series. It was the first time we saw Luke in action as a fully fledged Jedi, debuting his new green lightsaber. 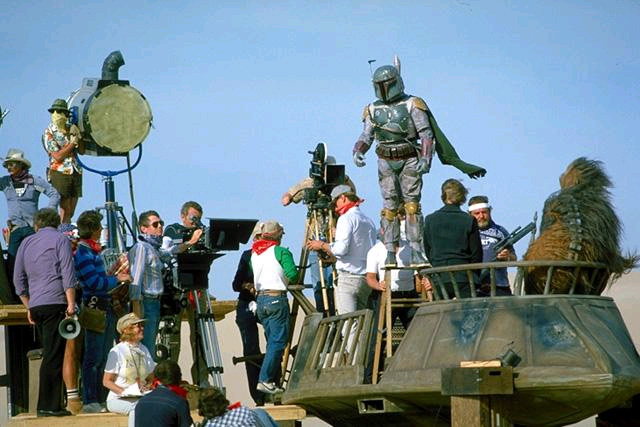 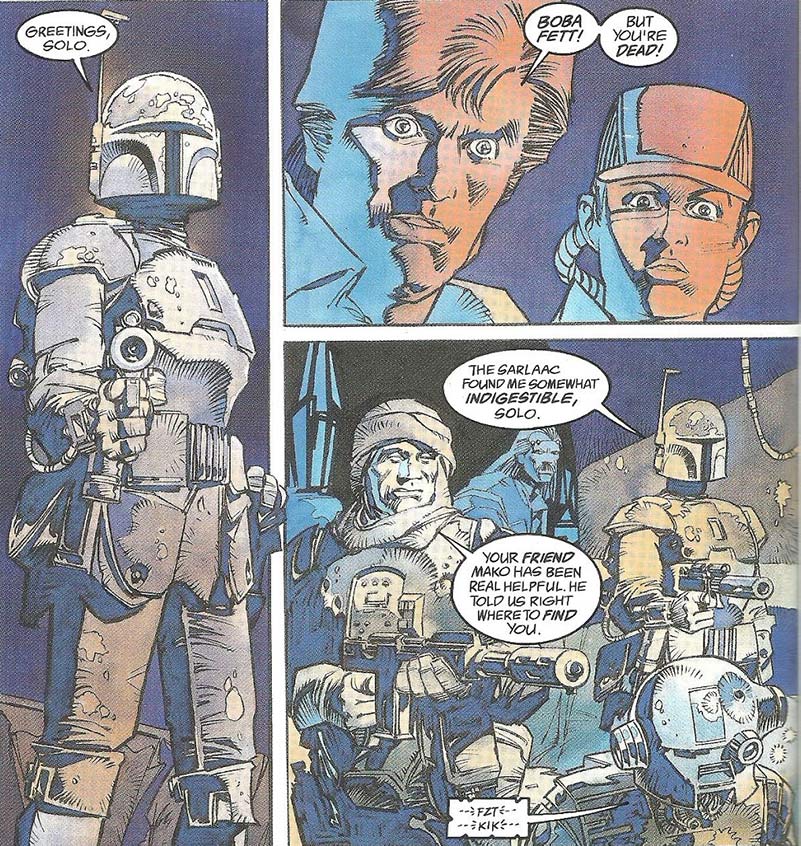 While the sequence remains of the greatest Star Wars battles ever, it unfortunately meant that Boba Fetts story was temporarily concluded. Many fans were surprised that the character, whose popularity had grown significantly since the release of The Empire Strikes Back, could be dispatched so quickly. He was quickly brought back in later material, with the original Marvel comics revealing Fetts survival. He would go on to be officially confirmed as living within Dark Horses Dark Empire series. 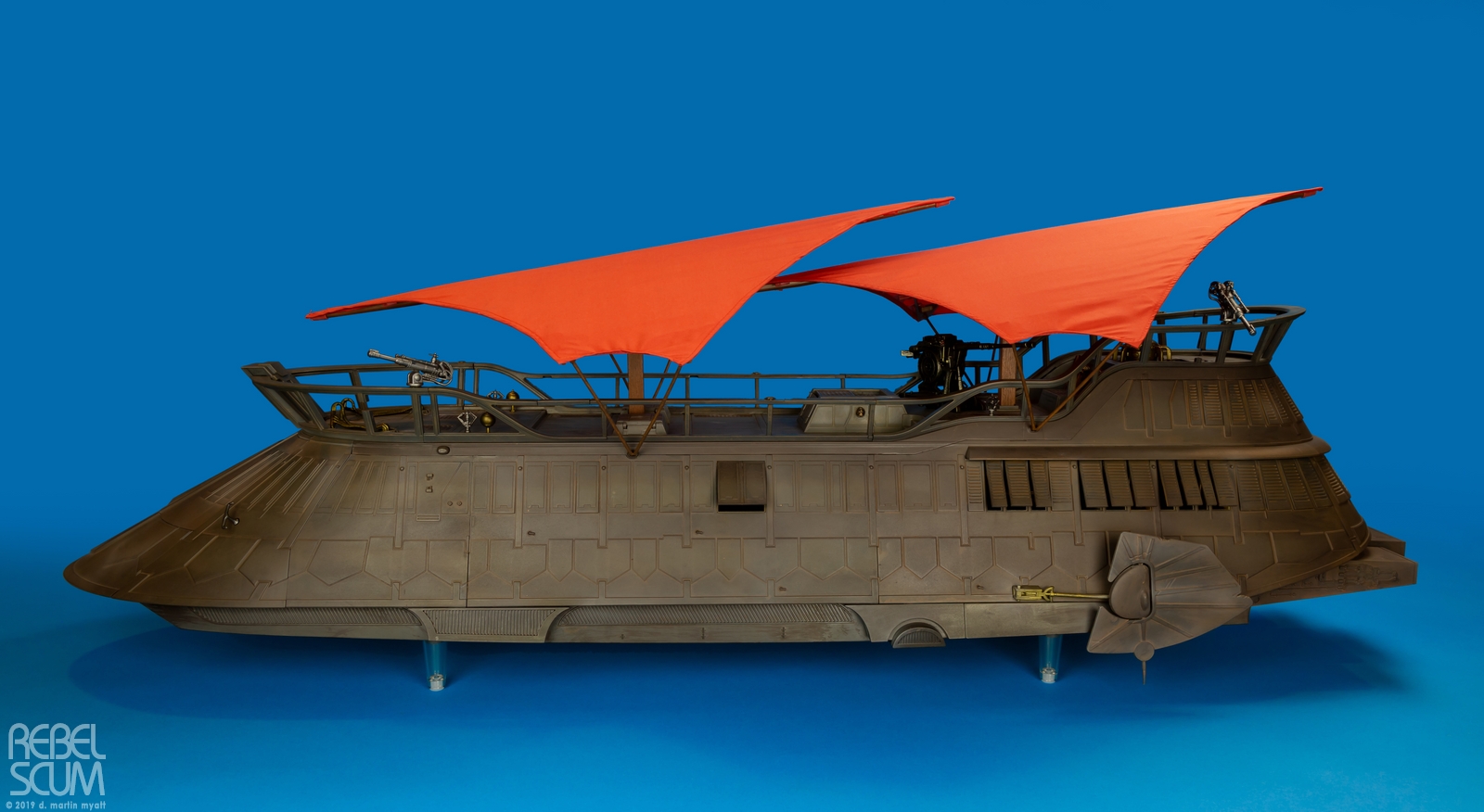 Jabbas barge, named Khetanna, would become a popular site for future Star Wars adventures. The barge plays an important role in the theatrical film Star Wars: The Clone Wars, as its where Jabbas infant son Rotta is captured by bounty hunters enlisted by Count Dooku. As Jabbas executions generally went much more smoothly, the barge and sarlacc pit were featured in many Legends projects, including the Battlefront games, Shadows of the Empire, and the Rogue Squadron franchise.

What do you think, Rebelscum fans? What are some of your favorite moments from this sequence? Let us know in the forums, and as always, may the Force be with you!
SEND