75232 Kylo Ren & Sithtrooper Brickheadz Found!
Posted by Jeremy on September 9, 2019 at 09:53 PM CST
One (unwitting/unknowing/unwise?) branch of Target in Texas has put its Triple Force Friday stock of LEGO Star Wars sets out for sale, well ahead of their release date, and have given us all a surprise by revealing a hitherto unknown Brickheadz set of Kylo Ren and a Sithtrooper. 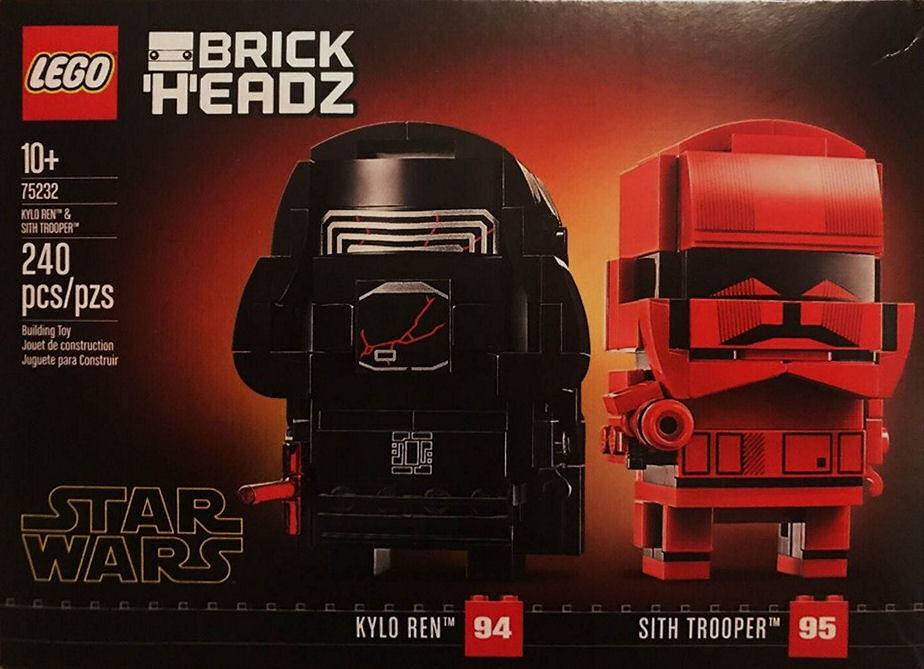 The leaked reveal of sets from The Rise of Skywalker took place in late August but collectors were still waiting on information about which Brickheadz would accompany the new Star Wars movie sets. Though a double pack was expected this year the suspicion was it would be Jabba/Salacious Crumb pairing - a rumour that was later debunked.