LEGO Triple Force Friday Sets Hit Shelves Early
Posted by Jeremy on September 13, 2019 at 05:01 AM CST
Popping up earlier this week and rapidly spreading across a number of websites and social media platforms, much to the chagrin of LEGO, was the news that a number of the sets due out on October 1st reached the public at a Target store somewhere in south-east Texas. 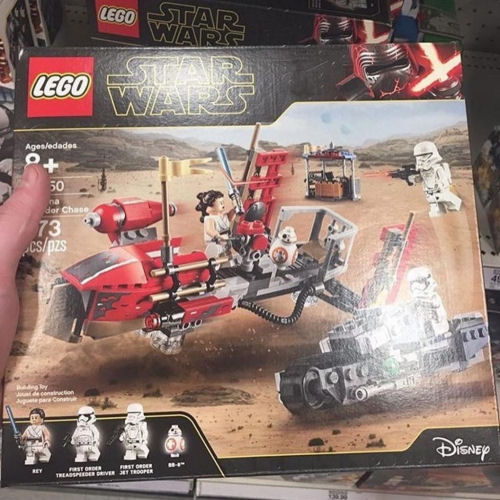 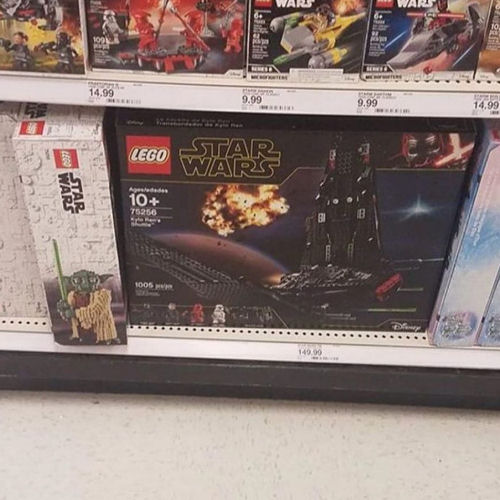 The images of 75256 Kylo Rens Shuttle, 75250 Pasadana Speeder Chase and 75255 Yoda first appeared on Instagram, and as previously reported, the big surprise was the news that 75252 Kylo Ren & Sith Trooper double-pack BrickHeadz set is in the lineup for Triple Force Friday. 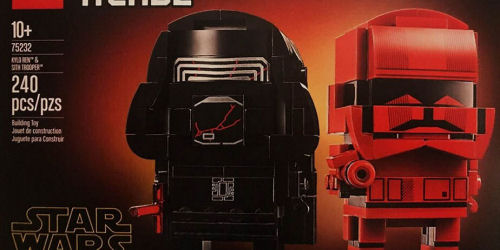 Those in the know were quick to shar that the origin of the images was a Target employee who had used a company-issued stock control device to bypass the sales embargo date. How true that is, Rebelscum doesn't know, but it can be confirmed that LEGO was quick to act once it was alerted.

Of course, this isn't the first time this has happened, with similar occasions taking place ahead of the official The Last Jedi merchandise launch in 2017 and for The Force Awakens in 2015. In response to these slip-ups -and to help prevent stock from lingering on shelves in the run-up to a movie release - Disney moved the product release date from the first weekend in September (when the two previous Force Fridays took place) to the first weekend in October.

The official street date for Episode 9 toys is October 4th and has been dubbed Triple Force Friday as a series of special events will take place over the 4th, 5th and 6th - with brand-new products inspired by The Rise of Skywalker, The Mandalorian, and Star Wars Jedi: Fallen Order being debuted.

While little is known about the weekend of Star Wars events, Rebelscum has already shared the word that LEGO stores and online will have a gift-with-purchase offer for 40362 Battle of Endor the running between October 4 and 6, 2019. 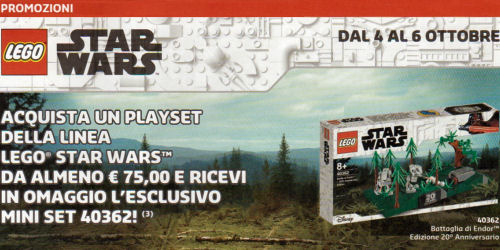 You can help to support Rebelscum's ongoing LEGO Star Wars coverage - as well as gain the 40362 Battle of Endor gift with purchase - by making your Triple Force Friday purchases through LEGO.com, at no extra cost to yourself.
SEND