Steelbook Skywalker Saga Video Game
Posted by Jeremy on May 14, 2020 at 03:43 PM CST
With the cover artwork revealed and the release date accidentally announced in last week's cavalcade of Star Wars-ness you'd think that there wasn't anything left to share about the upcoming LEGO Star Wars Skywalker Saga video game.

How about word that Best Buy will have exclusive steelbook cases? French-language site Hoth Bricks has uncovered cases for the Playstation 4 and Switch. 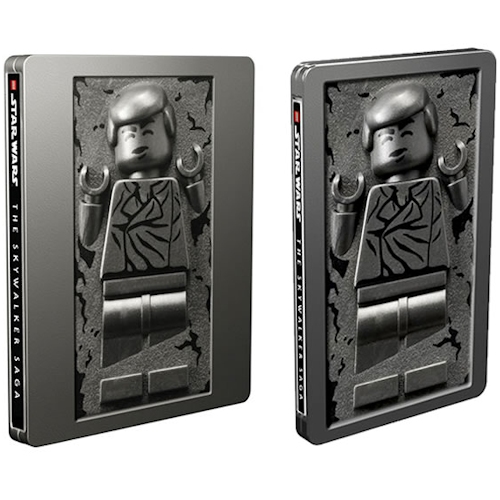 Foreshadowed by the life-size LEGO statue of a carbon-encased Han Solo that dominated the Warner Brother's booth at last year's E3 convention, both the Playstation 4 (left) and Nintendo Switch (right) will both get a steelbook edition of the game.

Still to be listed on BestBuy.com, it's not yet known if the fronts are embossed, nor if they will have a price surcharge or if there will be steelbook cases for the Xbox One or PC versions.